T.C. Zmak will read a passage from RISING at Central Coast Writers’ Booktoberfest

On Tuesday, Oct. 18th, I’ll be one of the featured readers at the Central Coast Writers’ annual Booktoberfest! During the meeting, I’ll read a passage from RISING, the second novel in the DARK SURF series. In addition, several CCW members  (including me!) will be selling and autographing books before and after the readings. The event will be held at the Point Pinos Grill, located at 77 Asilomar Blvd. in Pacific Grove, Calif. (at the golf course). Book sales begin at 5:30 p.m. and the program begins at 6:30 p.m. 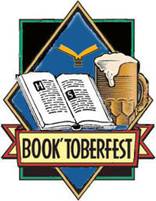