Bringing you bits & bites you can sink your teeth into

Watching the Super Blue Blood Moon set over the Pacific Ocean on Jan. 31 was incredible! 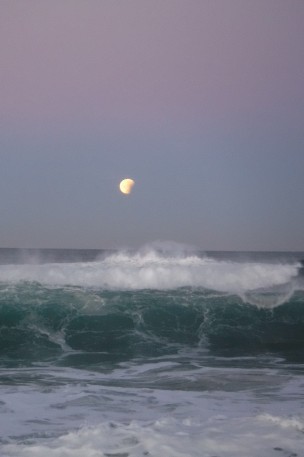 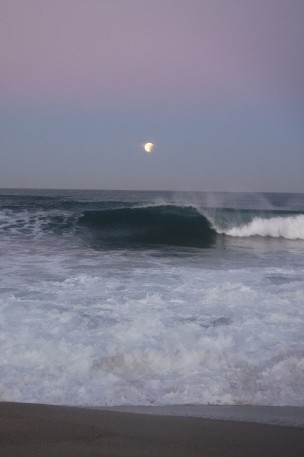 Bring 3 cups of water to a boil.

Mix sugar and instant coffee together in a bowl, then add this mixture to the boiling water. Dissolve and bring to a boil again.

Add 4 cups of tequila and cook on medium heat for 5 minutes. [Note: Watch it closely to make sure it doesn’t boil over.]

Remove from heat and let cool. Pour into a glass container or bottle. Add 1 vanilla bean. Store for 4 weeks. 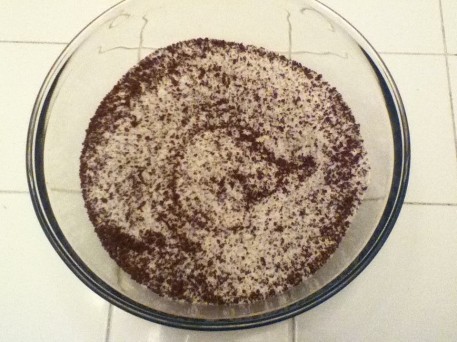 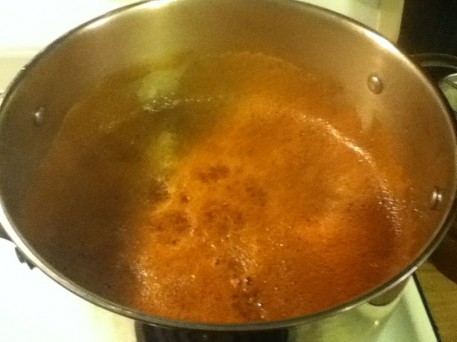 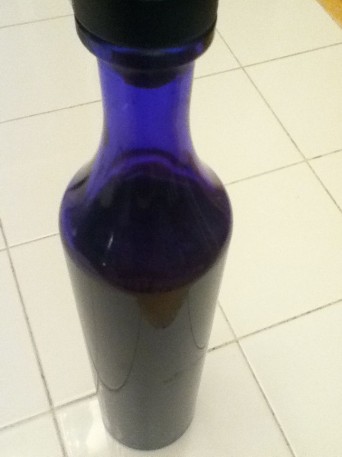 Here’s what the awards program has to say: “Beverly Hills is synonymous with excellence, the best of the best. We want to celebrate the physical book in print that has always and will always be a part of our worldwide culture.” The awards program accepts fiction and non-fiction books in a wide range of topics and categories.

RISING is the second novel in the DARK SURF series.

The 2017 Book Excellence Awards selected DARK SURF, the first novel in the DARK SURF series, as a Finalist in the “Fiction” category. The international competition is described as a “global celebration of literary excellence.” 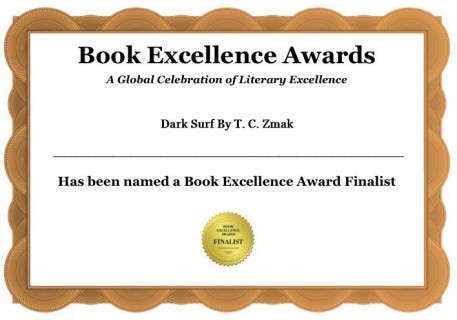 This is the 13th award for the DARK SURF novel! 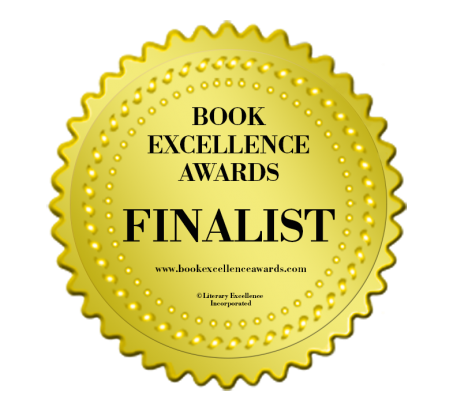 The Hollywood Book Festival names RISING a Runner-Up in Sequels! 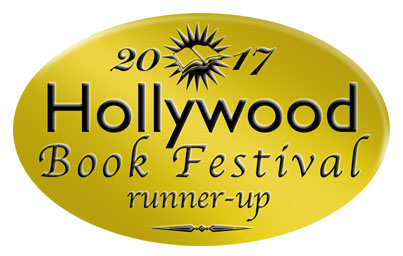 RISING just received its 9th award, winning 2nd place in the Sequels category of the 2017 Hollywood Book Festival! I plan to attend the awards dinner in Hollywood on August 18.

Fun fact: In 2013 (before it was published), DARK SURF was optioned for a movie. Ultimately, the team was unable to line up the financing to produce the movie. So, the rights are back in my hands, and now I have some good experience behind me for the next time an option comes along.

Breaking news! In the 2017 Pacific Rim Book Festival, DARK SURF won 2nd place in General Fiction, and RISING was one of seven novels to receive an Honorable Mention in the same category!

Both books are set along the Pacific. DARK SURF takes place in San Diego, San Francisco, and Santa Cruz, Calif. RISING picks up where DARK SURF left off, transporting the characters to Oahu, Maui, and Kauai in Hawaii, as well as Catalina Island and the cities of Marina and Carmel on the Monterey Bay in Calif. 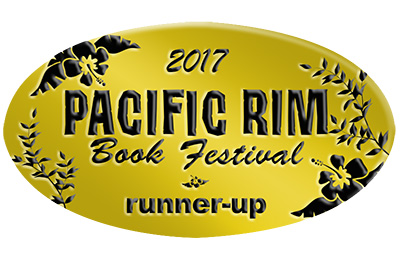 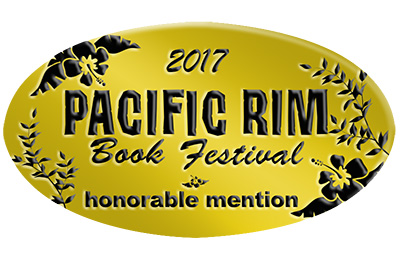 Is there anything more amazing than a Hawaiian sunset? Hawaii is one of my all-time favorite places to go for writing inspiration—and it’s easy to see why.

I shot this image last week in Poipu Beach, Kauai in the middle of an ocean-view pool with my new waterproof camera. (Yes, I’ve determined that having a waterproof camera is essential for my coastal lifestyle.) 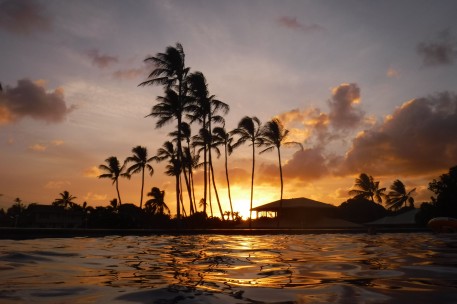 RISING gets Honorable Mention in the 2017 Beach Book Festival

The 2017 Beach Book Festival, which spotlights the hottest reads of the summer, has recognized RISING with an Honorable Mention in General Fiction.

RISING is the second novel in the DARK SURF series. Last year, DARK SURF was the Runner-Up in General Fiction in the Beach Book Festival. 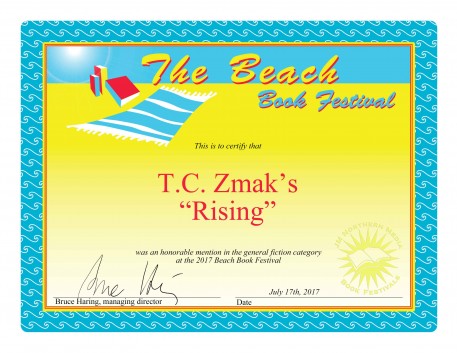 The New York Book Festival recognized DARK SURF with an Honorable Mention in General Fiction in the 2017 awards program, which honors books worthy of further attention from the world’s publishing capitol.

Winners, Runners-Up and Honorable Mentions will be honored at a private awards ceremony at the Algonquin Hotel in Manhattan on July 15. Alas, I won’t be able to attend, but I’m stoked to be among the honorees! 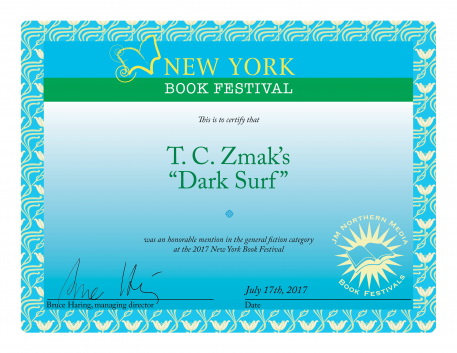 The 2017 San Francisco Book Festival has awarded RISING an Honorable Mention in General Fiction. The annual festival honors the best books of the spring.

RISING is the second novel in the DARK SURF series. In 2016, DARK SURF was the Runner-Up in General Fiction in this festival. 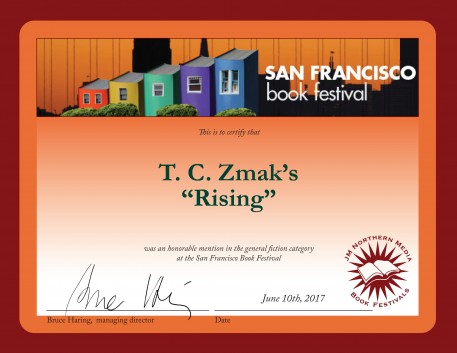